Pile foundations are used in construction to form deep foundations in the search for layers of resistant soil capable of withstanding loads that cannot be properly distributed by a shallow foundation. The component fixed into the ground is the pile, which can take various shapes and sizes and be made of different materials, although they are typically of concrete or steel.

There are basically 4 methods of driving piles: by percussion, vibration, drilling and pressure. The first 3 dynamic penetration methods, as well as having numerous technical limitations, make a lot of noise and create vibrations. The last method is one in which static piles are driven into the ground by a static charge from a hydraulic system.

In the mid 1970s, the Japanese manufacturer GIKEN launched the first silent pile driver, which used a pressure system, called the “Silent Piler”, due to its operation making significantly less noise than traditional machines.

In the process of driving the metal piles by this pressure method, and as the pile penetrates, the pressure on the substrate can become enormous and lead to deformation in the pile and consequent loss of productivity. Injecting high pressure water at the end of the pile can solve this problem, by reducing the pressure on the soil, softening it, while lubricating the pile and reducing the friction. This greatly increases productivity and avoids damaging the pile.

In the Japanese town of Betsukai, in the Hokkaido prefecture, a Giken piledriver was used with this pressure system to build an irrigation channel with driven metal plates; the work lasted two and a half months. 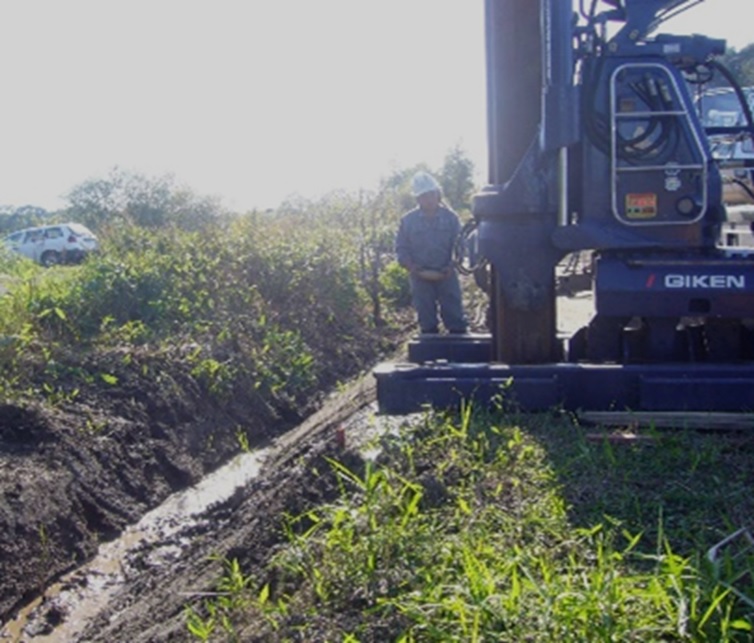 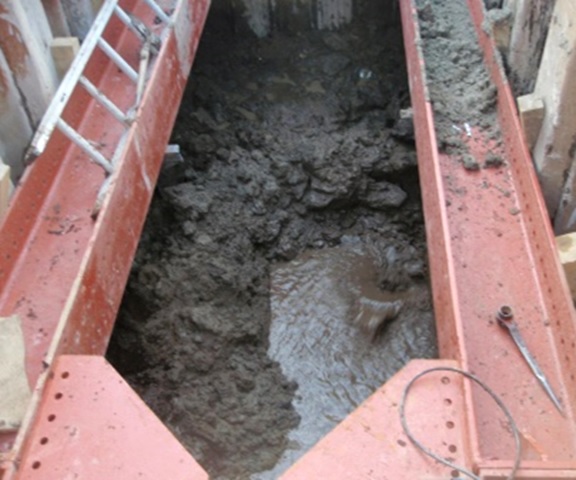 During this time, the water from the pile driving process was cleaned using a NIHON KASETSU NWC-60 treatment system with a treatment capacity of 40 m3/h. 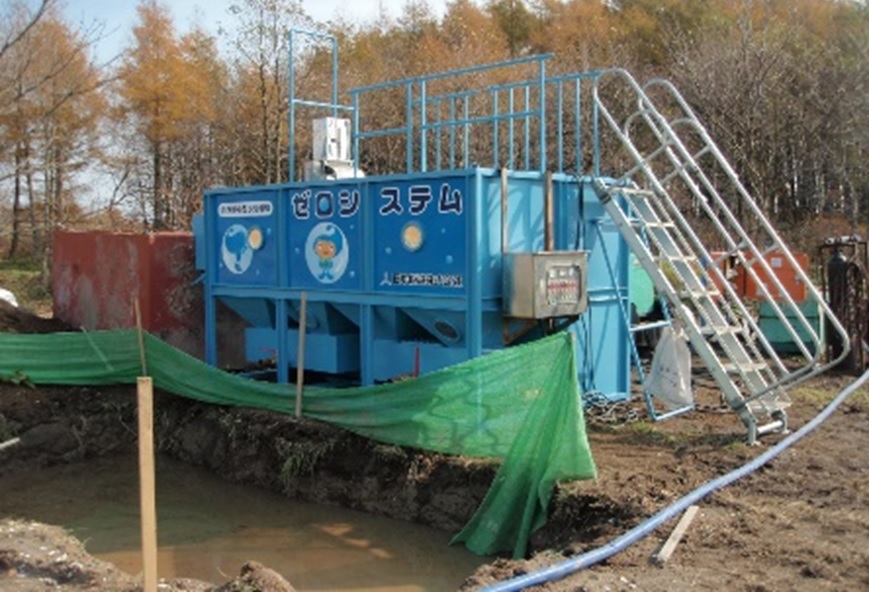 Once cleaned, the water was stored in a tank for reuse by the machine; thereby minimising water consumption. Upon completion of the project, the cleaned water could be discharged into the public sewage. 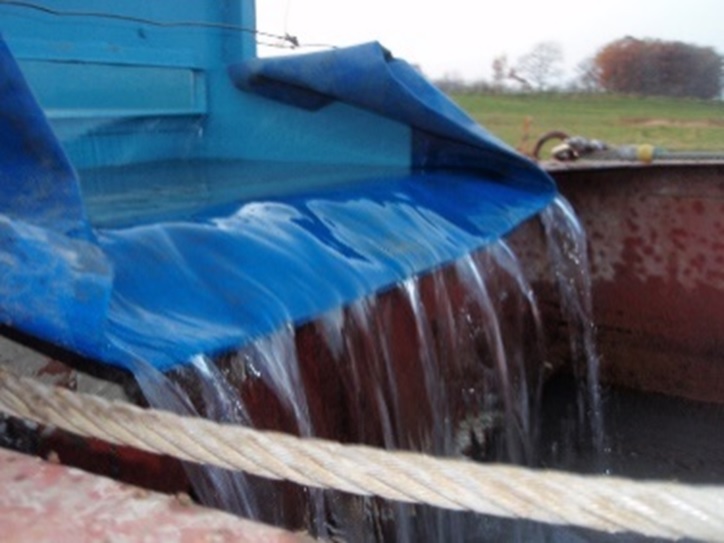 The turbidity of the dirty water was very high at 70,000 mg/L. After being processed by the NIHON KASETSU system, the turbidity was reduced to below the 200 mg/L limit set for pouring water into a public effluent by the local Hokkaido Prefecture legislation.

The resulting sludge was completely safe thanks to the use of the inorganic reagent of natural origin, PW1, and could be deposited in a nearby field without any harm to the environment.